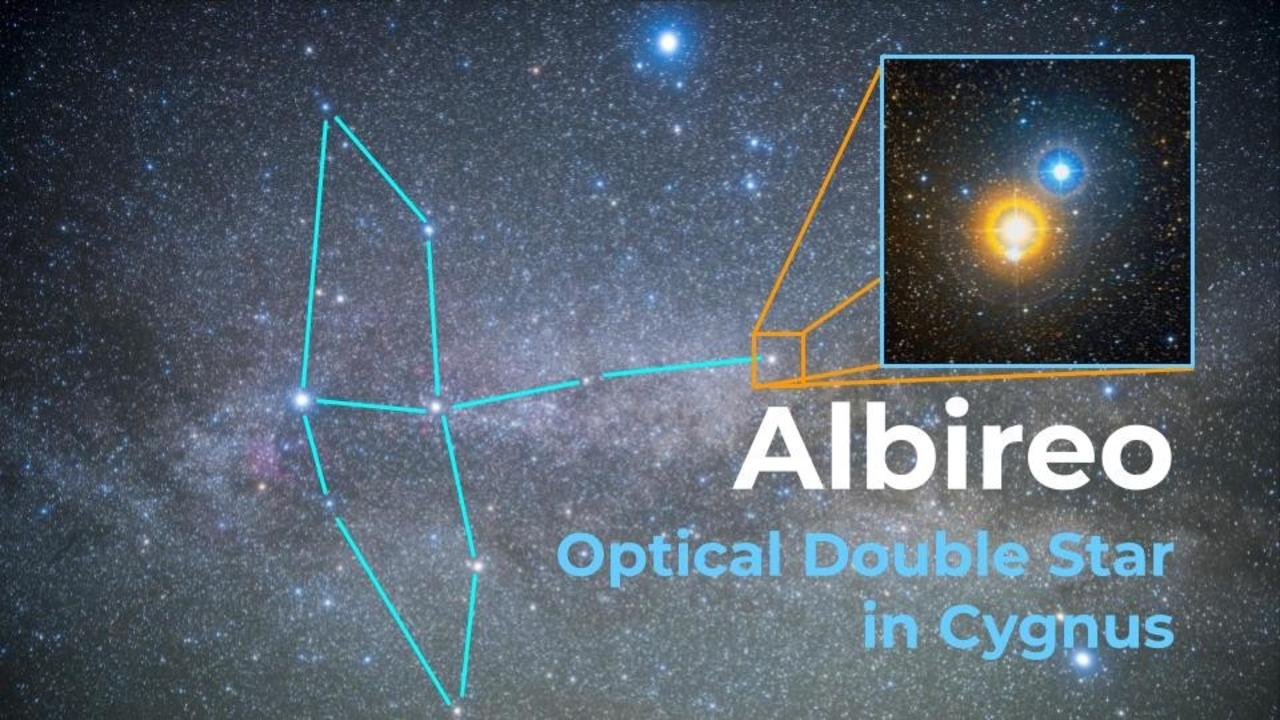 Albireo is a beautiful optical double star in the constellation of Cygnus. It is represented as the 'head of the swan', and when you view it in a telescope, two stars can be seen...one is blue and the other is orangish-gold. It has been debated for some time about whether this is a binary system or an optical binary. Research points to this being an optical double between the orange and blue stars. However, the orange star has a binary companion of its own! So when you are looking at this star, you are looking at a triple star system.

On a personal note, Albireo is special to me because I named my cat after this star. He has one blue eye and one golden eye, which is a genetic condition known as heterochromia. Meet him in this video!