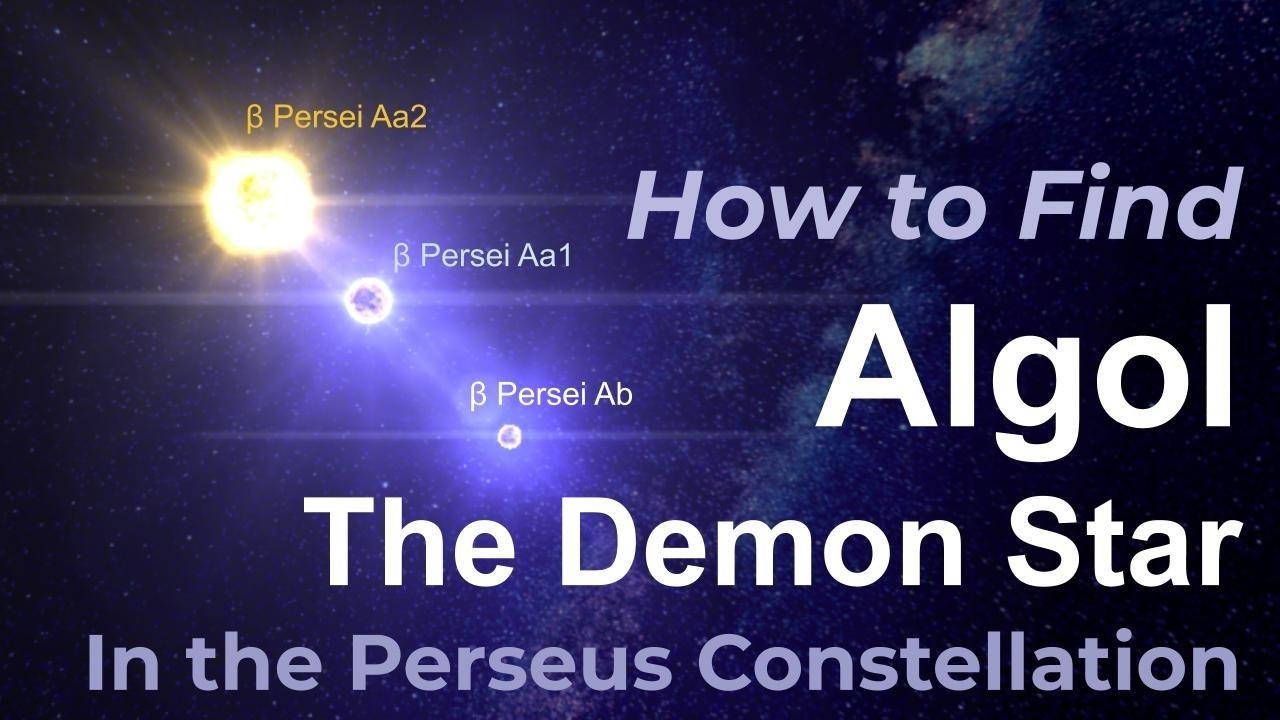 Algol, also nicknamed the Demon Star, is the second brightest star in the constellation of Perseus. Algol is an excellent example of a variable star since its brightness can change throughout the night. Perseus is an ancient constellation that can be seen during the autumn season in the northern hemisphere. It can be a fairly easy constellation to point out if you know where to look. Perseus has a collection of bright stars and unique star clusters. The two brightest stars, Mirfak and Algol, stand out in the night sky. In this video, we will explore the star called Algol, often nicknamed the Demon Star.

Also is a triple star system. β Persei Aa1 and β Persei Aa2 regularly pass in front of each-other causing eclipses. This system is classified as eclipsing binary stars. In many cultures, Algol is connected with stories of demons, spirits, or monsters. In Greek Mythology, Algol is often represented as the head of Medusa. In Hebrew folklore, Algol was called Rōsh ha Sāṭān, or "Satan's Head". The name Algol is derived from the Arabic term ra’s al-ghul, which means 'head of the ogre'.

Special thanks to David Cocklin for his picture of the Alpha Persei Star Cluster. Visit him on Twitter to see more of his astrophotography. https://twitter.com/David_A_Cocklin

Visit https://stars.chromeexperiments.com/ to use and explore this star simulation.