Locating Corona Australis in the Sky 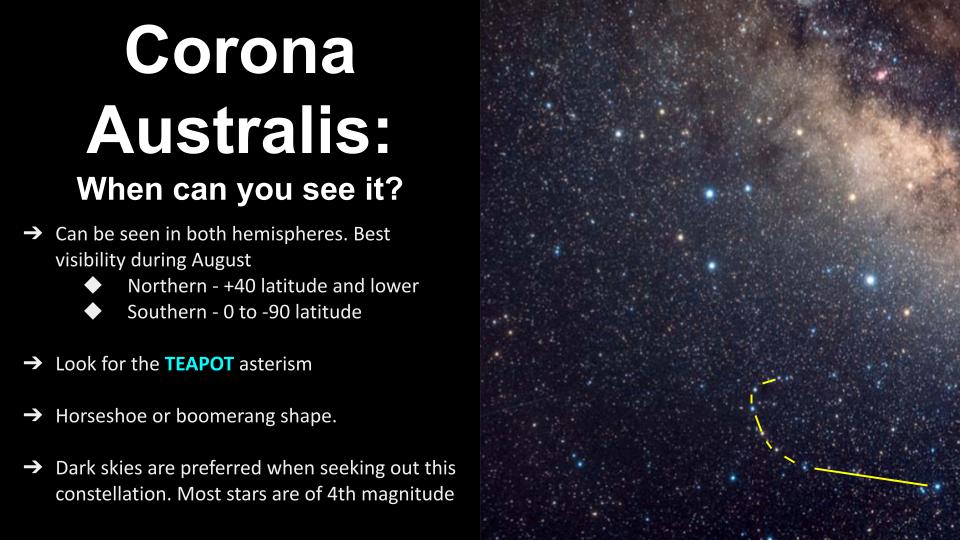 Corona Australis is visible in both hemispheres and has the best visibility during August. It can only be seen in part of the Northern hemisphere but is visible in the entire Southern hemisphere. It is observable at 40 North latitude and lower. Look towards the Southern part of the sky. It is located right near the Teapot atmosphere. The Teapot is an asterism that is a part of the constellation of Sagittarius. Look for the horseshoe or boomerang-like pattern in the sky. Dark skies are best when trying to find Corona Australis. Most of the stars in this constellation are of a 4th magnitude, so it may be challenging to see this constellation in areas with lots of light pollution. 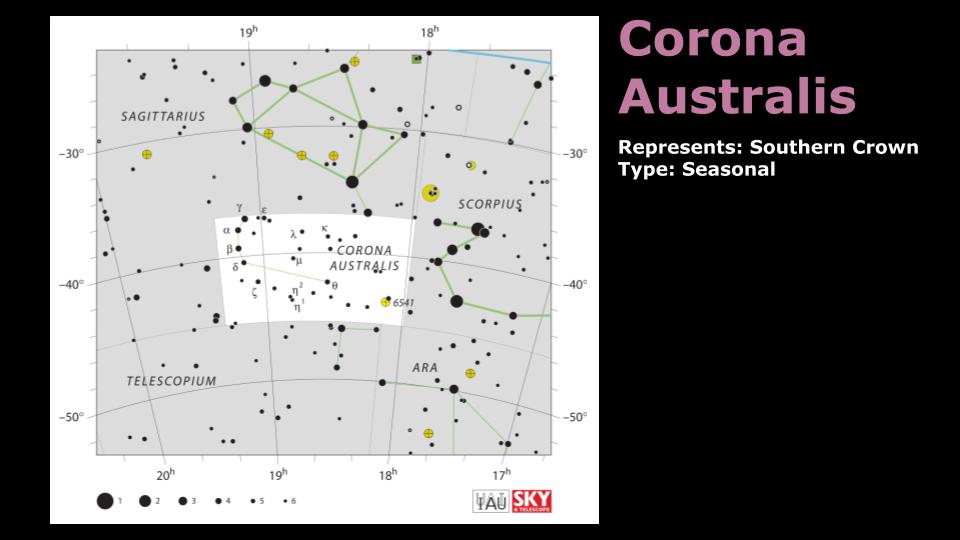 Corona Australis does not have many celestial objects, but the few it does have are difficult to view without magnification. One prominent celestial object is a globular cluster known as NGC 6541. The area around NGC 6541 contains a reflection nebula, an absorption nebula, and a variable star. NGC 6541 is located 22,000 light years away and about 100 light years in diameter. It is 14 billion years old. It has a magnitude of six, meaning that it is possible to see with the naked eye, but it isn't easy because the max magnitude that can be seen with the naked eye is 6. It can be viewed with a pair of binoculars or a telescope.

Another celestial object in Corona Australis is the Corona Australis molecular cloud. It's a dusty star-forming nebula with both a reflection and emission nebula. There is a variable star that is also surrounded inside called R Coronae Australis. There is an absorption nebula, meaning that light cannot penetrate through the area of gas and dusk. There is another globular cluster known as NGC 6723 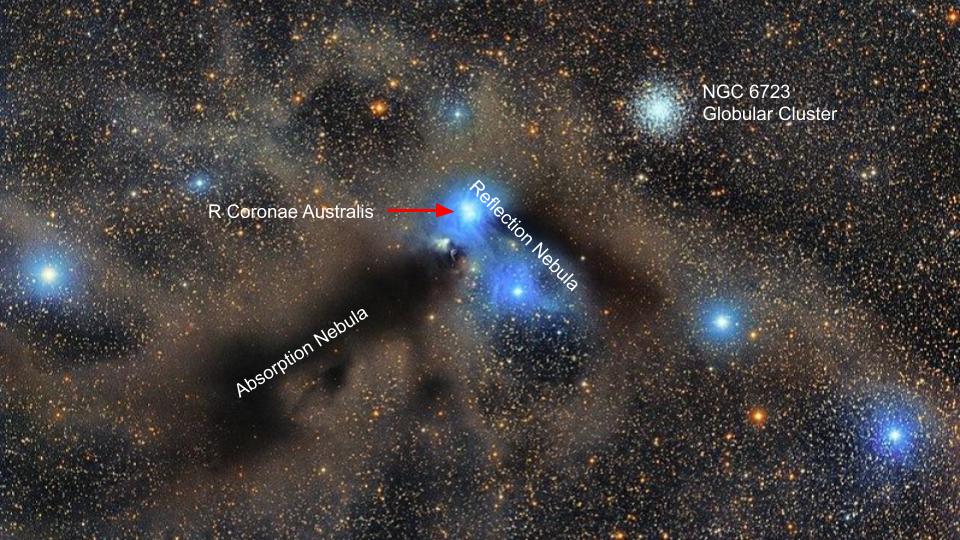 Many mythologies exist in various cultures. They vary based on time period, place, and culture. There is no one true mythology for any constellation. In Greek mythology, Corona Australis is not known as a crown but as a wreath. This constellation was closely associated with the myth of Dionysus. Dionysus is the god of wine and many other things, and he's often depicted wearing a wreath.  Many followers of Dionysus were seen wearing a wreath. It is also postulated that this wreath is connected to Sagittarius in Greek mythology. One reason is that it lies so close to the constellation of Sagittarius. One story that pertained to Corona Australis is that this crown was placed in the sky by the god Dionysus after retrieving his dead mother from the underworld. This crown was a wreath that was made of myrtle leaves that Dionysus gave to Hades in return for his mother. This wreath was also connected with Chiron the Centaur. This constellation may be the representation of the wreath that was worn by Chiron the Centaur. 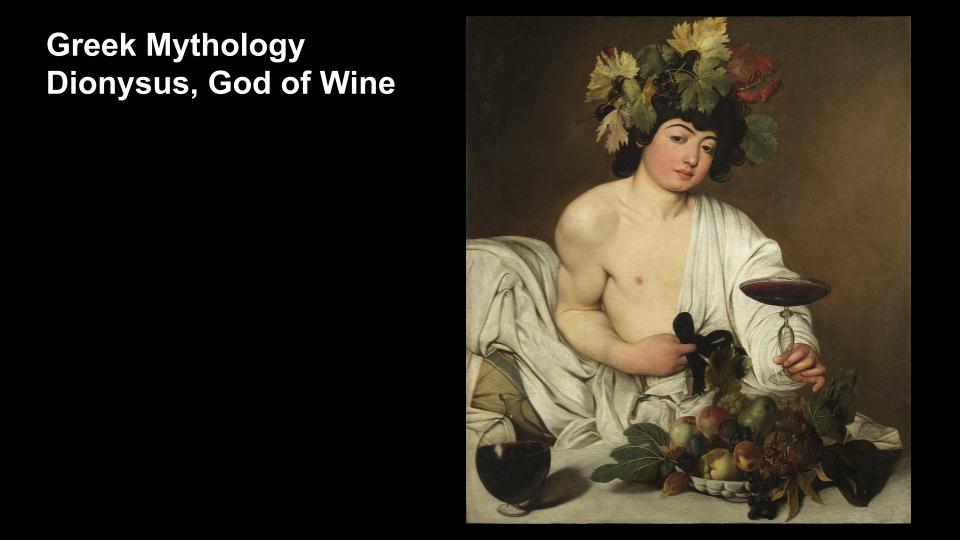