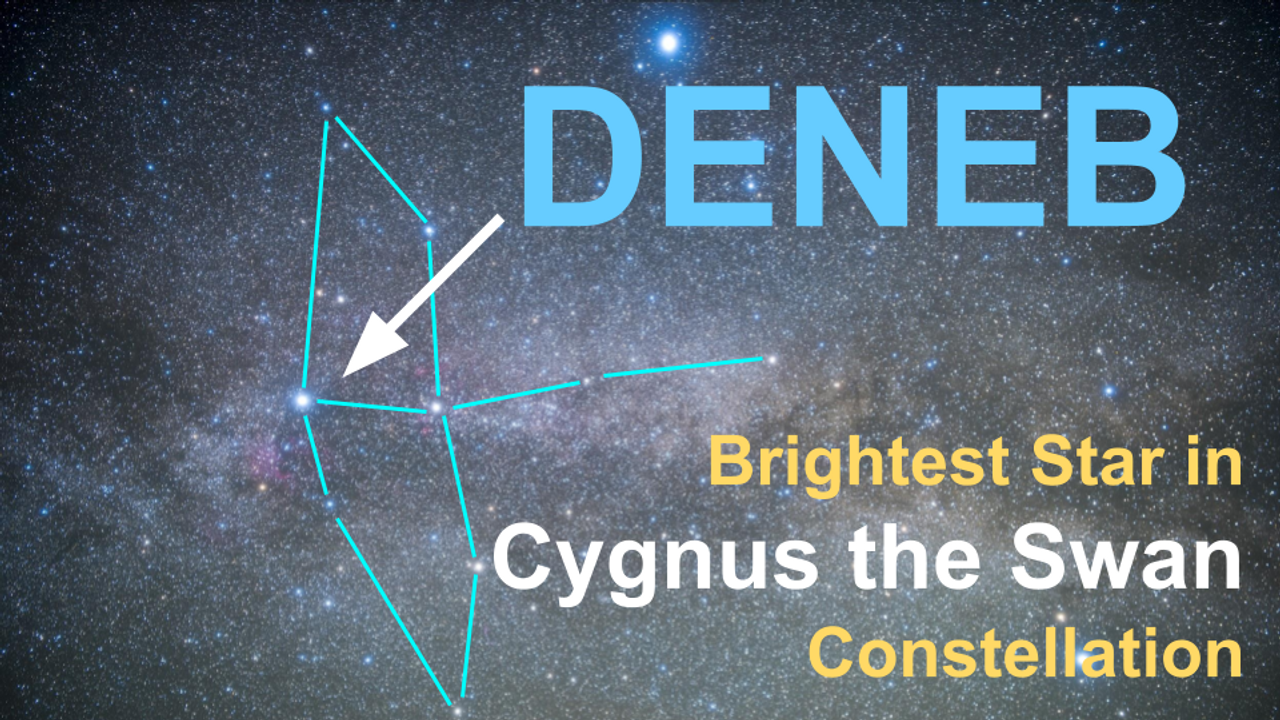 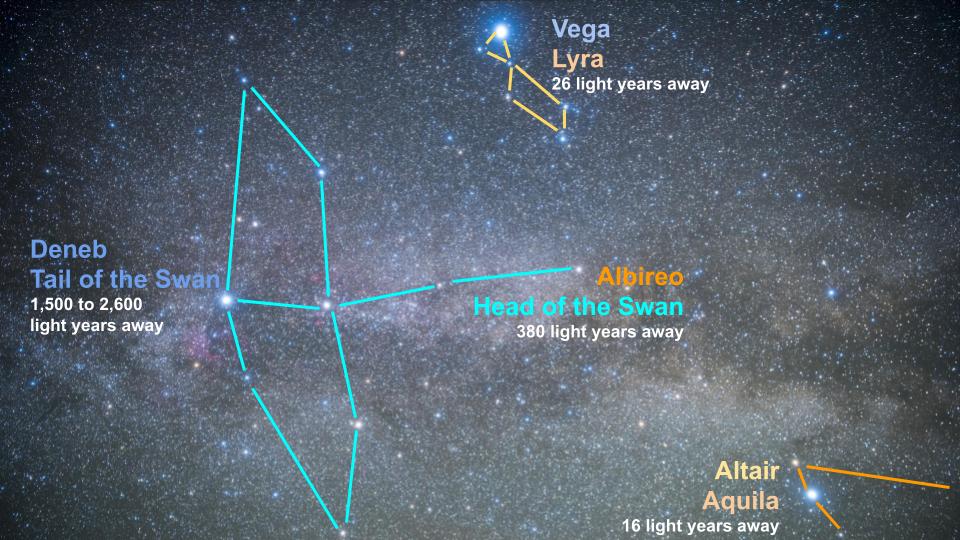 How to Find Deneb:

Deneb is visible in both the northern and southern hemispheres. In the northern hemisphere, you can see it in all areas during the summer months. In the southern hemisphere, you can only see it to about 40-45 degrees latitude or less during winter. Its celestial coordinates are Right Ascension 16h 29m 24s and Declination -26° 25′ 55″. The first step in identifying Deneb in the night sky is identifying the Summer Triangle. From there, identify the brightest of the three stars and then the dimmest of the three stars, which is Deneb. 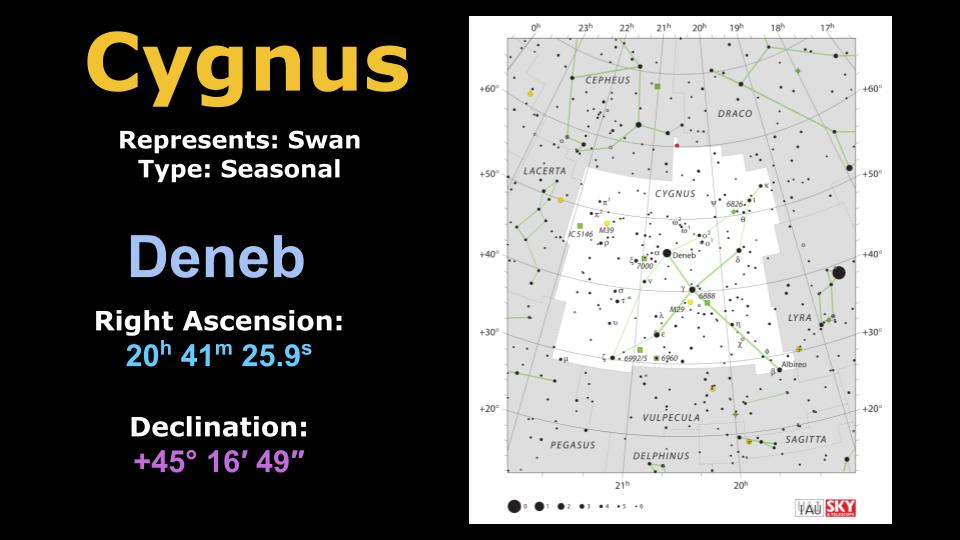 Deneb is the brightest star in the constellation of Cygnus (insert link) and the 19th brightest star in the night sky. It is a blue-white supergiant first-magnitude star. Deneb is estimated to be 19 times the mass of the sun plus or minus four solar masses. It is burning through its hydrogen fuel and growing larger. It has 200 solar radii, and it's estimated to be 200,000 times more luminous than the sun. Its temperature range is much hotter than our sun and much bigger, which is one of the reasons it's more luminous. It is also classified as a variable star, which means its brightness changes over time. 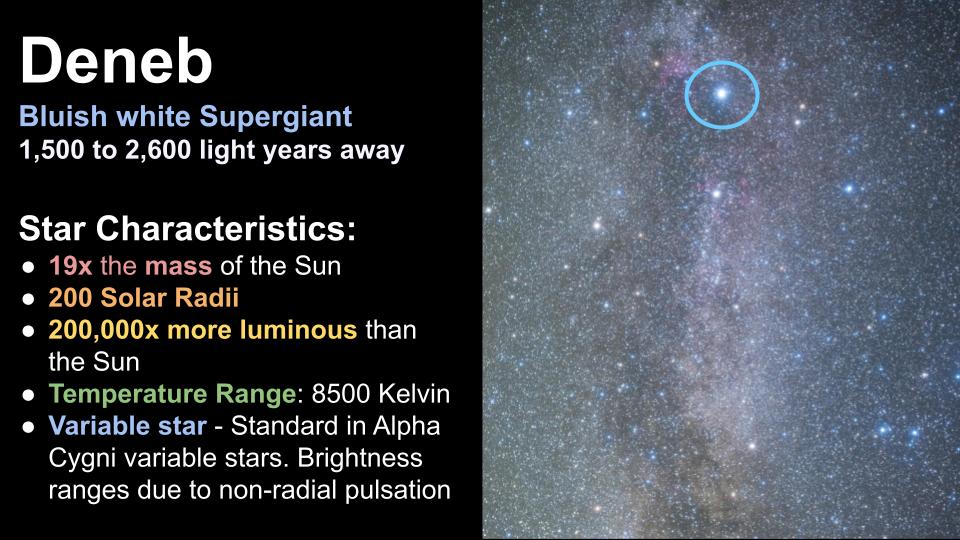 Measuring Deneb’s distance has been a challenge for astronomers. It is estimated to be between about 1,500 to 2,600 light years away and this is considered to be a relatively wide range in terms of distance. The measurement that has been taken of it has high margins of error. The Hipparcos mission, launched by the European Space Agency, is to measure the motion and distance of stars in the sky. This data would then be used to map the night sky. When measuring the distance to Deneb, there was a high margin of error. The follow-up mission to Hipparcos is called GAIA, and it continued to do the same thing Hipparcos did, but with more precision, however, Deneb is simply too bright for GAIA to measure. This bright star saturates the telescope's sensor and prevents it from determining an accurate distance. The brightest magnitude that GAIA can measure is 1.71, and Deneb is brighter than that, with a magnitude of 1.25. 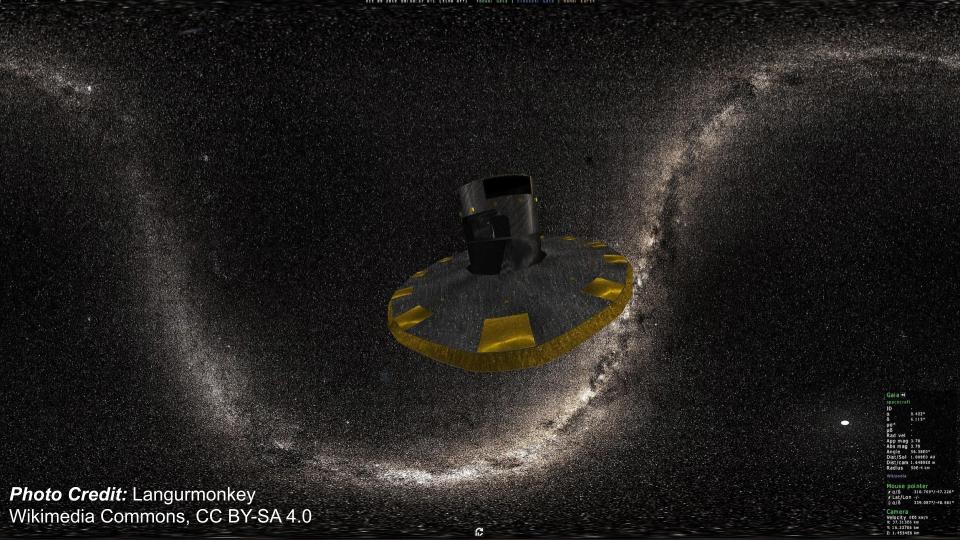 The North American Nebula is very close to Deneb. (Insert Link to Video about Celestial Objects in Cygnus or Blog) Often, a nebula is named after its shape, so this one resembles the continent of North America. 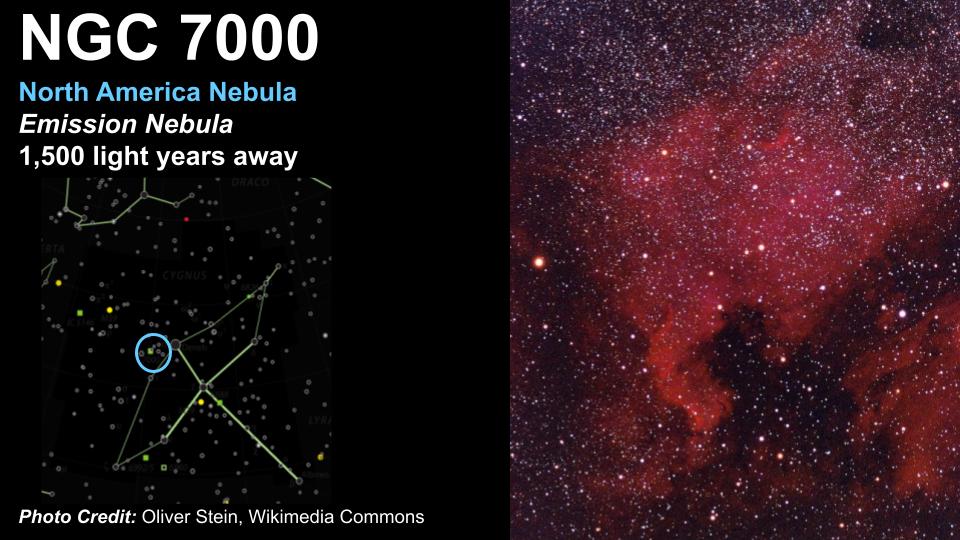