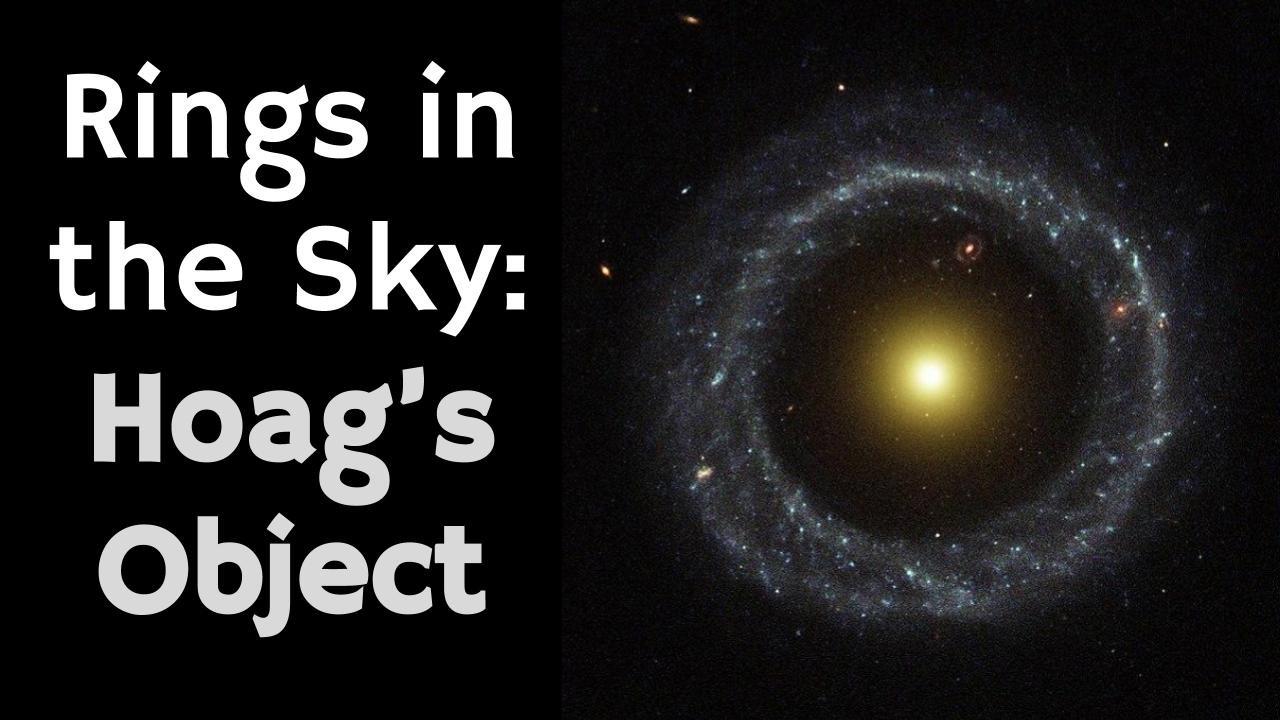 Rings in the Sky: Hoag’s Object

Even though galaxies are often difficult to view in the sky with the unaided eye, they are one of my favorite types of objects to research. Every now and then, I come across a unique type of object in the sky that is rare.  My recent discovery is that of RING GALAXIES. Ring galaxies are ones that have a circular shape to them and appear to have the absence of stars in the middle, so the outer edge of the galaxy looks like a ring circling the center core. There are only a handful of objects that have been observed to have this peculiar shape.

One of the most famous ring galaxies is called Hoag’s Object and it is located in the Serpens Caput (Serpent’s Head) constellation which can be seen in the upcoming summer months.  This galaxy was named after Arthur Hoag, the astronomer who first observed this galaxy in 1950. He originally thought this galaxy was a planetary nebula since it has a similar ring-like shape to it like other nebulae of this type. He also postulated that this object could also be a galaxy.  In more modern times, observations by the Hubble Space Telescope confirm it is a galaxy. Its size is larger than our own Milky Way Galaxy.  It’s diameter is estimated to be 120,000 light years across. However in terms of mass, the Milky Way appears to have more mass than Hoag’s Object.

What I love about Hoag’s Object is that if you look closely at the photo of it, there appears to be another ring galaxy inside of it in the background (look at the one o’clock position in the photo).  Hoag’s Object has a ring within its own ring, a truly unique and beautiful phenomenon.

Scientists hypothesize that ring galaxies can form by two galaxies colliding together or by one galaxy passing close by to another galaxy. In the case of Hoag’s object, there doesn’t appear to be any evidence of a galactic collision.  The ring consists of younger, bluer stars while the core has a yellowish appearance, which suggests the presence of older stars. Hoag’s Object is estimated to be 600 million light years away.

So even though this object is too distant to be seen with the unaided eye, we can still appreciate its uniqueness and shape.  I am excited to see what else we will learn about this galaxy as technology progresses, especially in the realm of space-based telescopes like the James Webb Space Telescope.