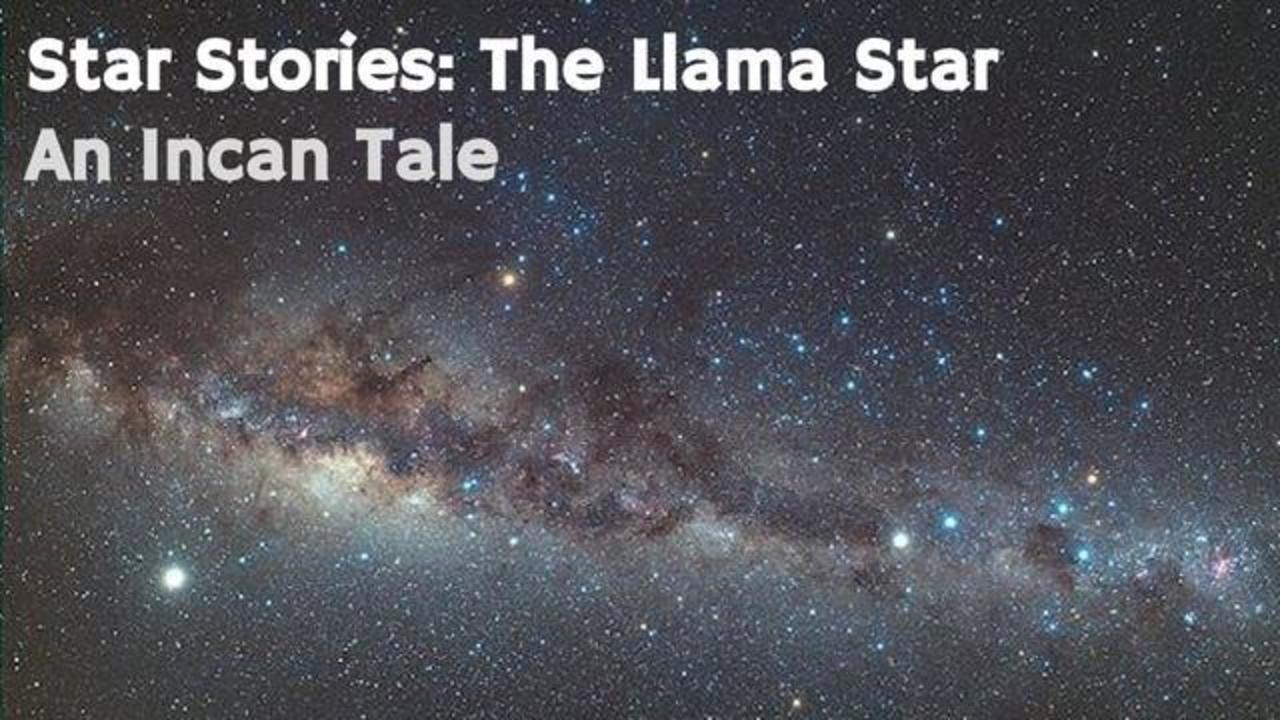 Summer in the northern hemisphere has arrived. This is the time of year for where I live in which the Milky Way is its brightest.  There are many stories about this bright area that spans across the entire sky. Even though I am a scientist and research the facts about stars and celestial objects, I love reading about the stories and legends about the stars.  I love how there are thousands of stories from all over the world that describe the beauty of the stars. Many stories have moral lessons attached to the stories or seasonal reminders built into the story to help keep track of time and growing seasons.

A recent story I came across is called “The Llama Star” and it comes from an ancient Inca Tale about the Milky Way. In this story, there are two llamas, a mother and a baby. One is represented by Scorpius (most likely the mother, since it is a larger constellation) and the other is represented by the Southern Cross (the baby, especially since it is currently classified as the smallest constellation in the sky). Llamas were important to the Incas because they provided food, clothes, and a way to transport goods.

The ancient tale begins with people becoming cruel, wicked, and greedy.  Humans became preoccupied with stealing from one another that they began to neglect their other duties, such as tending to their fields and worshiping their gods. Only high up in the Andes did people lead good lives.

In the Andes, two brothers tended to their llamas, and they became concerned when their llamas began acting strangely and stopped eating.  The llamas would only gaze at the stars.  The brothers asked the llamas to tell them what was wrong, and the llamas told them that the gods were angry with the wicked behavior of the humans and would soon send a ferocious flood to destroy all living things on the Earth.

The brothers went to work right away moving their families and flocks into the highest caves to keep them all safe. Once the families took shelter, the rains began, and the deluge was like nothing they had ever seen. The clouds were as black as night; lightning and thundered ripped across the sky. The people watched as the rain flooded the rivers and ocean and washed away the world. As the waters continued to rise, the mountains began to rise, keeping the families away from harm. Eventually the rain stopped, which was good since the provisions were running low.  The sun god, Inti, shined once again, and the waters dried up and disappeared. The mountain shrunk down to its original height, and the family of herders returned to the land and generations of people continued to grow.

The llamas in the stars look down upon the people, and the people worshiped these stars in return.  At night, as the world slept, the llamas climb down from the sky and drink water from the ocean to stop the seas from overflowing.The llamas remember the days and nights of the flood and always prefer to live on higher ground.

I’m sure there are countless versions of this legend and the one written here is a condensed translation. Stories and legends often morph and evolve over time. Both Scorpius and the Southern Cross sit within the Milky Way and so often the Milky Way is referred to as a river of stars. It is suggested in this story the llamas in the sky drink from this river of light. What I find interesting about this story is that there are elements in this story that are similar to ancient stories about a furious flood that wiped all the wickedness of humans away.  I grew up learning about the Christian story of Noah’s Ark, whose family escaped a massive flood and provided a haven for animals in the form of a large boat.  One of the earliest recorded myths of a great flood comes from The Epic of Gilgamesh written approximately 2700 BCE (Before Common Era), however some scholars believe the story came from the Third Tablet of in the Epic of Atrahasis, which is derived from even earlier Mesopotamian myths and legends.

Stories of the stars often tell us when we need to redirect our moral compass, as seen in the story of the Llama Star.  Sometimes stories provide a record of the passage of time and a seasonal calendar. I for one never tire of reading ancient stories. I love to ponder over the meaning of the legends, and I get especially excited when I can see scientific clues left behind in the form of a story.

Source -  Star Stories: Constellation Tales from around the world. Written by Anita Ganeri