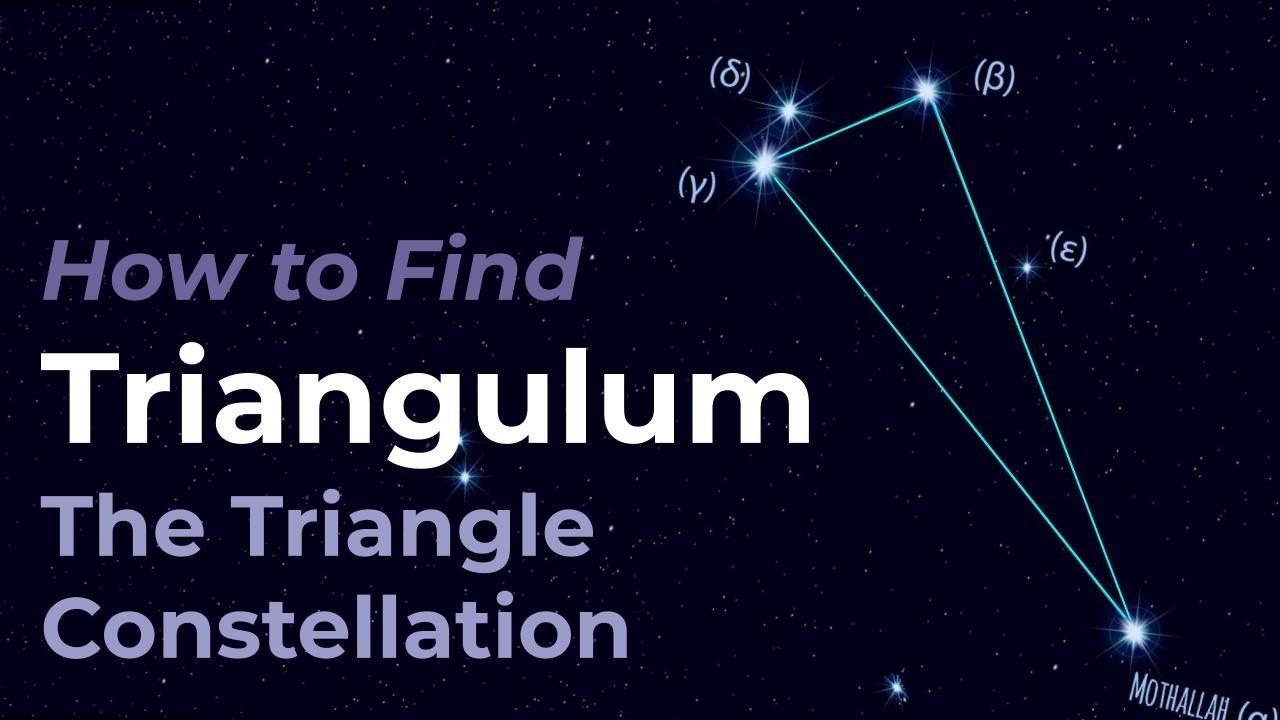 Triangulum is a simple constellation to find in the sky if you know where to look. Many bright constellations surround it, such as Andromeda, Aries, Perseus, and Cassiopeia.

Watch and learn how to identify this constellation and find it in the autumn sky.