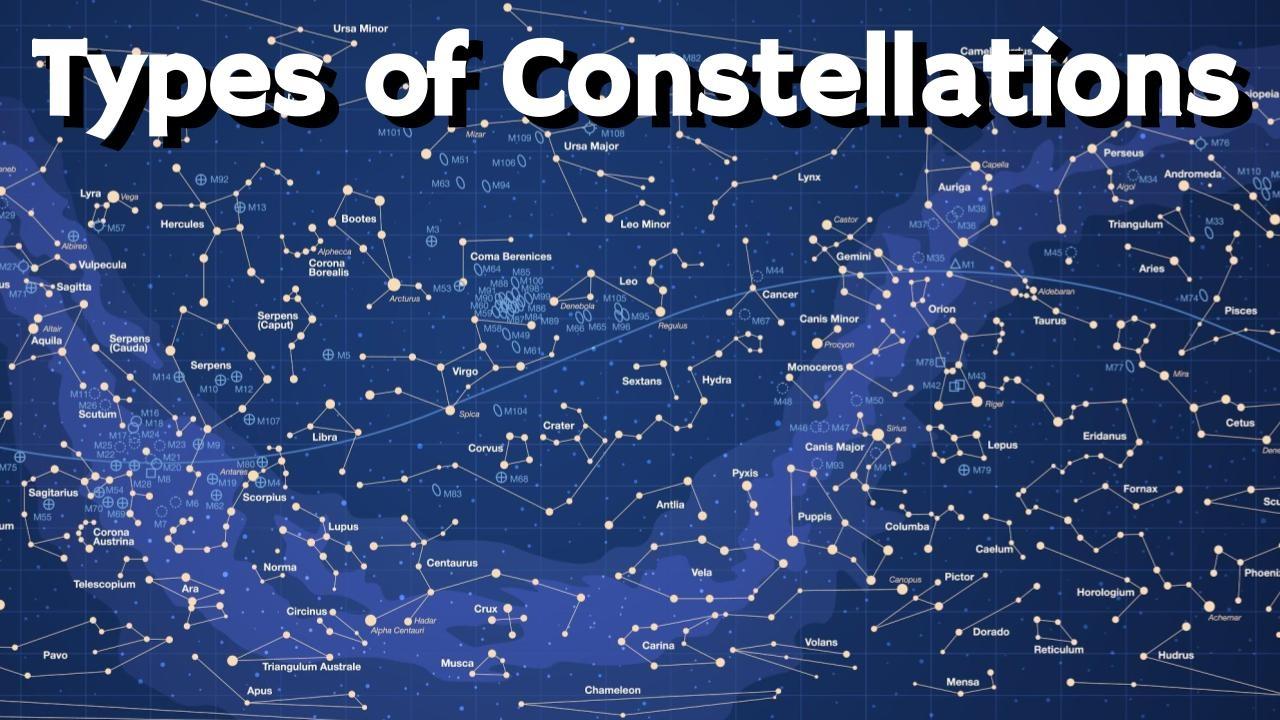 Constellations are classified into three separate categories based upon when they can be seen during the year as well as what celestial object move through the stars as well.

Circumpolar constellations are ones that are seen all year round. Their shapes lie close to the north celestial pole and do not set below the horizon.

Zodiacal constellations are ones in which the sun passes through.  This is where the origin of the signs of the zodiac came from.

Review the video below to learn more about the specifics of each type of constellation.